The soft laughing of a girl filled the evening air as a boy whispered something in her ear. She playfully punched his shoulder brfore looking down at her wrist-watch and realized the time was later than she thought. She motioned to the boy that it was time for her to go home. He put his arms around her to signal hat he didn’t want her to leave him. When she tried to escape from his grasp Tom voiced his thoughts on the matter.

“I have to. I have no where else to go. I can’t live with you; he’ll find me too soon. I have to stay, I have to.” His girlfriend Cecile said her face pressed against his chest. She broke away from their embrace to make her way home; make her way back to the pain. He grabbed her arm harshly forgetting about the bruises already there.

“I know, now I have to go curfews almost up. I’ll see you tomorrow at school.” She kissed him goodbye and walked towards her beaten-down Dodge. But he didn’t see her the next day, or the day after that. It was a whole week before he saw Cecile again.

She entered first period history class wearing baggy blue jeans, her shirt was covered by a large black AC/DC hoodie. Probably no one but Tom noticed she was wearing more cover-up than usual. She sat down, and winced when her back pressed against the chair.

After the bell rang, and the students shuffled out of class, Tom grabbed Cecile’s books off her desk o she couldn’t leave without talking to him.

He started out the door, knowing that since he had her books she had no choice but to follow.

“Leaving as in leaving school?” Cecile asked as she tried to keep up with his walking pace.

“Where are we going?” He didn’t reply.

They drove to Tom’s large house in silence; she was frightened because he’d never acted like this before.

She knew Tom’s parents were never home so there was no chance of them being caught not in school. He led her to his bedroom and sat her on the bed.

“What happened? Where were you? Are you alright?” Tom asked his voice full of concern.

“Dad was drunk like always. And you know how he is when he’s like that.. I didn’t leave my room because it hurt to much to move. But I’m alright now, no need to worry.” Tears started and fell down her cheeks when she had remembered what had happened.

“Let me see, baby. Please, I want to make sure nothing is infected.” Tom said. She hesitated but she knew that he was the only one she could trust and the only one who cared about her.

She took off her hoodie to reveal her red tank top. Her arms were tattooed with ugly purplish-brown bruises. She knew that she had two oval bruises on her neck and remembered the fear of death when her lungs were denied the air they needed. He circled the bed. “Holy shit, baby. This is terrible.  Are your legs like this too?” She nodded and started crying when she saw the sorrow in his eyes.

He gently wrapped his arms around her and rocked her back and forth while humming their song. Soon after that she fell asleep in his protecting arms. Looking at her battered sleeping form on his bed he felt the anger brewing in his gut. Hetred bent towards her father. A drunk who tried to forget the pain brought up by the recent death of his wife. He took out his grief on his daughter who was an exact replica of the mother.

He kissed her forehead and whispered, “I’m not going to let him hurt you anymore.” He went into his parents room and left the house.

Tom drove down the streets of Owen, Pennsylvania, towards a well known destination of his. He pulled up to the driveway of 831 Riverview Way and sat in his car staring at the front door of the house.The hate brewing up inside him, he opened his glove compartment and took out the revolver that he had taken from his parent’s closet. He had protect the one he loved.

Stepping out of his car he walked to the front door and opened it effortlessly. The lock on the door had been broken months ago in a drunken tirade. He opened the door wide enough for him to slide into the house. The the stench of the house reached his nostrils it took of all of his will powered not the throw up. The house reeked of beer, cigarettes, and a coppery hint of blood. Empty beer cans covered the filthy carpet of the small house, and half-eaten food infested with bugs covered the kitchen counter.

Looking around, Tom found his target in the living room. Tony Dickens was passed out on the faded faux-leather couch with a half-empty beer can clenched in his hand. Standing in front of Tony, Tom looked around the room. His eyes watered as he imagined the beating that happened in this so called ‘home’.

He aimed the gun at he head of the man which had filled his love’s world with nothing but pain and fear and closed his eyes. He pulled the trigger once, then again and again untill he emptied the magazine, leaving Tony’s lifeless body unrecognizable.

Cecile woke up to find a blood-speckled Tom sitting in a chair in front of her. She opened her mouth to speak but he covered it with his hand.

“Baby, I couldn’t let you stay there. So I did what I had to do to, to insure your saftey.”

“You really killed him?” Her voice was trembling. He nodded and she fell down to her knees crying. Her face was drenched with tears of fear and tears of joy. The joy that her father would never lay another hand on her again and the fear of what might happen if Tom was caught. They’d be separated forever if he went to prison. She wiped her eyes, then went to his dresser, got him fresh clothes and handed them to him. “Take these and clean up. Give me your old ones when you’re done.” He nodded and headed to the bathroom.

While he was showering she gathered all the money she could find and packed them both a bag of clothes, taking clothes from both his room and his parents’. When he was all  cleaned up he handed her his bloody clothes and his shoes; which she then took to the backyard and burned in a trash heap.

Three hours later they were driving down the highway and Tom smiled as he looked out the window to see the sign ‘Now leaving Pennsylvania’. 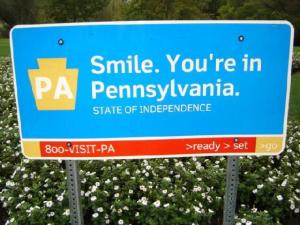 1 thought on “When Doves Cry”

Error: Twitter did not respond. Please wait a few minutes and refresh this page.